Computer Animation classes are running hot and only going to get hotter! So much fun and so much animation! We are working on putting a bit of story in our characters and getting them to emote! (therefore the title of the Post!) Our first 3 exercises this year so far have been a point, a walk and a turn. 2 of the three i loved working on. the Walk... i don't like having to make them loop other than that its not bad. Other classes haven't picked up quite yet so i've had some free time to sketch and do other things. i need to work on my Coloring ability. i'm not so bueno in the area of color and color theory. So i'm gonna work on it!

Besides this animation we have been doing preproduction for our "Sit/Stand" animation. I'm going to be modeling, texturing, rigging, and then texturing, this little guy! 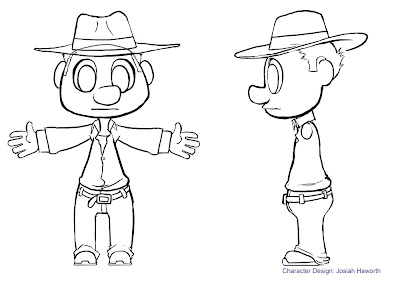 But this project doesn't really get swinging until later in the semester.
I need to start scanning in my sketches so i might be either getting a scanner or just begin to go to the library and use theirs. O, i also went to DIPSY (Digital Painting Sketch Club) on-campus and took part in the Chinese Zodiac Jam. i was blown away by the level of talent in digital painters at the school. Here was my painting! i need to get so much better at coloring! 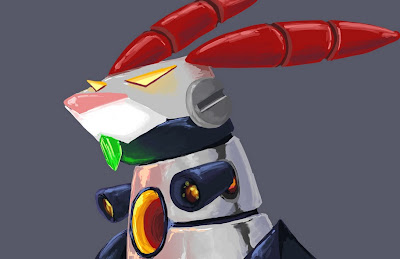 I'm also applying to be a Resident Assistant at the College. please keep my in your prayers, my group interview is Friday. So please if you remember, say a little prayer for me.
oh and also this! 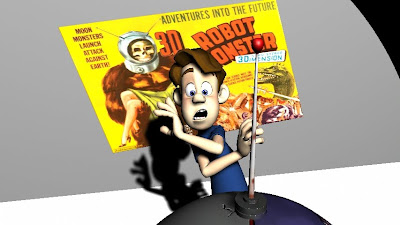 But thats it for now! Until next time keep it classy, and shoot for the stars!
Posted by Josiah Haworth at 12:47 PM 1 comment:

Well Schools out for the Holidays and i've got some serious relaxing to do. I will be working Part Time at Sears to rebuild some of the money that i spent during the semester. Woot Woot! Gonna be playing a bunch of games on break but also gonna attempt to get some commissions done as well as some personal work!

I hope that all of you have a Merry Christmas and a happy new year!

For Traditional Animation we had to Animate a 7 second Dance routine. This was a collaborative project between the 16 classmates. We had to animate 1 second of transition on either end and 5 seconds of our character dancing alone. I wanted my character to react to beat so i made an X-Sheet and times his movements to the beat. i think it came out rather well, though i really don't care for the ending.

And THUS ends my End of School Video Update! in the coming days and weeks i will attempt to Scan and upload a lot of my sketches and Life Drawing session. Until then Have a MERRY CHRISTMAS! and a Happy New Year! God Bless!
Posted by Josiah Haworth at 8:36 PM 1 comment:

School has been crazy! So much work so little Time! but so fulfilling! Its exhilarating to be working so hard and yet loving every second of it! Computer animation and Traditional Animation have been sucking up a ton of my time! so without further stalling here are the updates.


Computer Animation:
(on of my first CG animation experiences at Ringling)

Hey just wanted to update my Blog right quick with something i did Last year when i was still in the Game Art Major. My FINAL FOR HISTORY OF GAMES!

This was last semester and 45 lbs ago!
Enjoy!

Posted by Josiah Haworth at 8:05 PM No comments:

Schools still going strong and i'm extremely busy. Much more work than last year but so much more gratifying it doesn't even feel like its that big of a workload difference! I've only got 4 classes this year including Concept Development I, Traditional Animation II, Contemporary Art and Ideas, and Computer Animation I. Most of my Time is Eaten up by either Traditional Animation or Computer Animation. Every once in a while Concept creeps in and eats some of my time as well. Grades have been good thus far and i'm feeling pretty good about it. But there is a lot of work to be done and i must become so much better in order to be able to thrive in the animation field. i have a lot of work to go but its a blast doing it!

With that being said here are just a few of the things i have been working on. Starting with Concept Development I!
The Greek Myth of Athena and Arachne told in a 30 Second Animatic (30 Second Cutoff):

After this project we started on a project called "Flat to Deep" in which we had to take 2 scenes from a comic movie or some other artistic media, and give it more dramatic staging. THe first one i chose to do was a panel from Foxtrot: 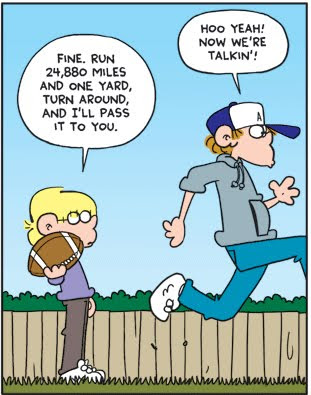 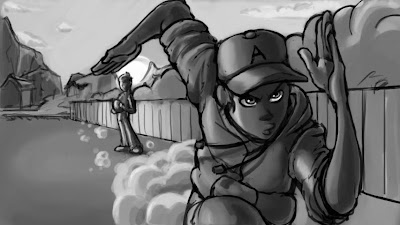 Somehow hilariously i made the character look as if he is zooming off to save the world, not being tricked to run laps... Good Times!

The Second Panel i chose was from the Awesomely Amazing webcomic BOXER HOCKEY! if you haven't read it you really should! I chose this flat staging not because it was uninteresting but because i love the comic so much and wanted to draw Joshua! 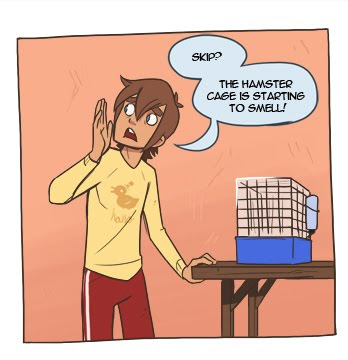 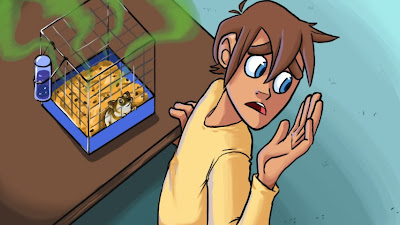 Comedy is usually staged flatly to convey comedy, but i wanted to make it a little more Dramatic!

Next We have Traditional Animation!
After the quadruped walk we got the choice to do an Exaggerated Quadruped Walk. I Chose a HEDGEHOG! awesome!
The Teacher Loved it:

After that we started our most involved Project yet the Pantomime!
It went over pretty well but i was missing just a bit of acting so i fixed it this is the revised version:

The Pantomime was pretty difficult but our biggest foe is just on the HORIZON...
THE LIP SYNC PROJECT!
its gonna be interesting but... difficult. Im actually doing some of the Lines from the Meet The Engineer Video. Here is the audio and Acting Reference i shot. However, Let it be known i am Not an ACTOR! and you will see why!

Heres My Character Sheet for the Character i'm Doing. I will be animating him to the dialog!
DOCTOR BANNON: 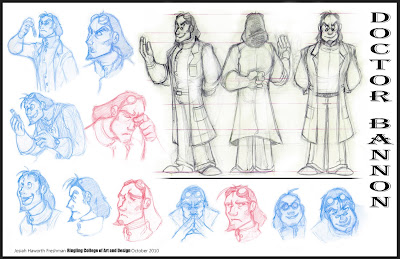 Just wanted to post this color... character will be animated for TA2 Pantomime project. 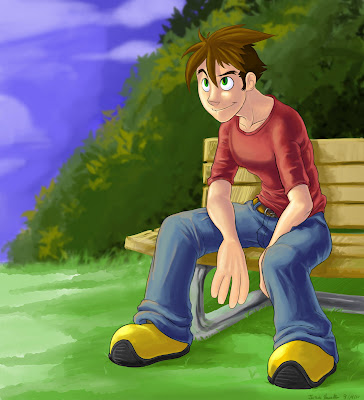 Posted by Josiah Haworth at 7:21 AM No comments:

Just doing some Sketching this summer, mostly digital for this dump, however i do much more pencil sketches, however... scanning is monotonous and i don't care for it. eventually i will scan more and get it posted, for now enjoy these! 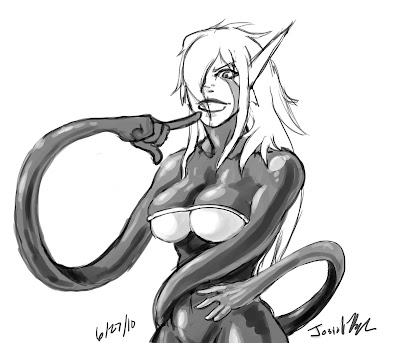 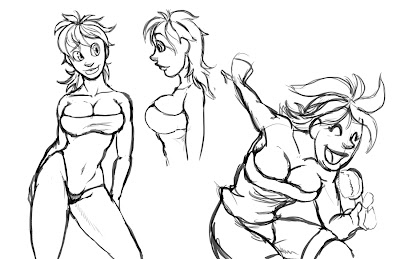 A character i have been developing since my final walk cycle from Traditional Animation. Gamer character... he doesn't have a name yet once i develop him further and some of his compadres a name may surface! 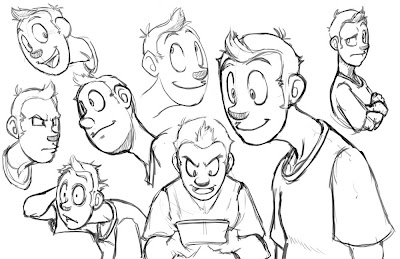